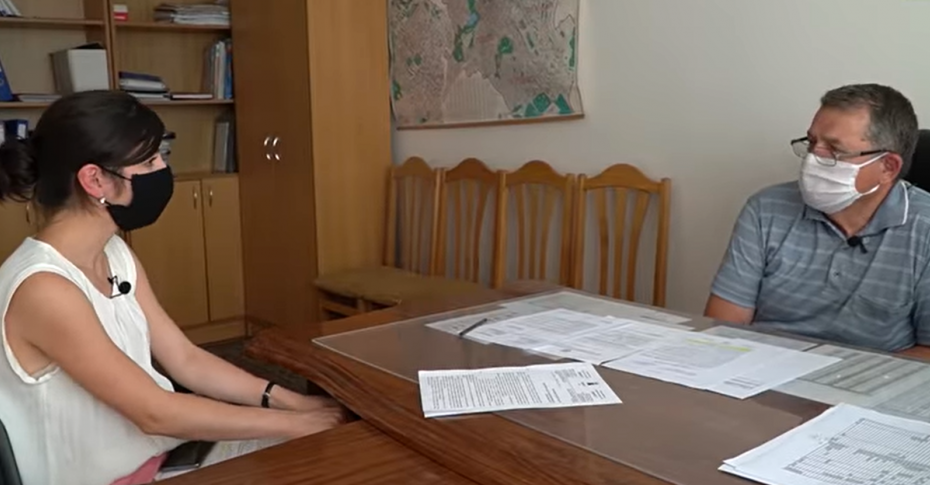 In Moldova, a politically polarized media sector and burdensome legal restrictions on access to public information make it difficult for citizens to hold their leadership accountable. With support from the MEDIA-M program, the new independent media platform Cu Sens has established itself as a trusted voice during the pandemic, exposing government mismanagement and political disinformation.

Cu Sens was founded in August 2019 by three award-winning Moldovan journalists who came together to realize their vision of a new model for independent media in the country. Their unique reporting style presents high-quality investigative coverage in short videos that are distributed on both traditional social media platforms like Facebook and YouTube and new platforms like Instagram and TikTok, taking advantage of the increasing popularity of the Internet as a news source in Moldova.

The Cu Sens model also stands out for its commitment to producing reader-driven content, including by encouraging readers to take an active role and interest in supporting the platform’s financial health and sustainability. Initially established with the contribution of start-up capital from a crowdfunding campaign, Cu Sens has attracted a core following of readers who continue to support the platform with small monthly donations. To ensure its coverage continues to align with the real interests and needs of its readers, Cu Sens provides unparalleled transparency to donating members, who it considers “part of our virtual newsroom.” Members receive a regular newsletter with financial information on the organization and questionnaires on topics of interest for future reporting; Cu Sens also holds regular meetings with members to discuss the newsroom’s activities.

In December 2019, Cu Sens received grant support for its first project from the Independent Journalism Center funded by the MEDIA-M program. In the #Verificat or “Verified” video series, Cu Sens reporters analyzed and fact-checked misleading or false statements made by Moldovan politicians. The most popular video in the series with over 285,000 views covered President Dodon’s use of misleading figures to minimize the significance of the initial spread of the COVID-19 pandemic in March 2020.

#Verificat quickly became a viral success, reaching over one million users and attracting outside financial support from the Friedrich Naumann Foundation to continue the series beyond the five videos funded by MEDIA-M. Cu Sens project manager Sergiu Ipatii attributed the organization’s current success to this early support from MEDIA-M: “The first grant allowed Cu Sens to become visible… As of today, we are about to complete the fifth project awarded by donors. We have another three projects underway, and we are negotiating another two activities.”

Exposing government mismanagement during the pandemic

As the COVID-19 crisis developed, Cu Sens’ hard-hitting and accessible reporting proved to be a particularly powerful tool to keep the Moldovan public informed. In April 2020, as a slow and ineffective government response led Moldova into one of the worst outbreaks in the region, Cu Sens was selected by Freedom House to launch a new project under MEDIA-M to investigate corruption and malpractice.

As part of this project, Cu Sens published its most impactful investigation video to date in October 2020, exposing the case of a renovated and fully-equipped rural hospital which was left empty as the result of bureaucratic mismanagement, even as the country’s medical capacity was stretched to the limit. The detailed expose of the shocking story quickly went viral – the video quickly reached 250,000 views on Cu Sens’ social media pages and was rebroadcast by several major TV channels. The story’s widespread popularity also compelled the highest levels of Moldova’s government to take notice – shortly after November 2020 presidential elections, President-elect Maia Sandu pledged to make the reopening of the hospital one of her top three priorities upon entering office.

The investigation won the young Cu Sens team national acclaim from Moldova’s media community, taking second prize in the Investigation of the Year 2020 award and winning its author the Journalist of the Year award in the video reporting category.

Today, after just over a year of public operation, Cu Sens’ team has grown from three to nine employees, its stories have reached over two million views, and it is beginning to turn its social media success into crowdfunded sustainability, with dozens of ordinary readers donating monthly. Cu Sens president Liuba Sevciuc noted: “This spectacular ascent of Cu Sens is due to the enthusiasm of all the team members who do their job with passion, as well as our readers’ support. Every time we publish an investigation or report, at least one person donates. This confirms that what we do is right.”

(Banner photo: An interview with the official formerly responsible for the renovation. Credit Cu Sens)