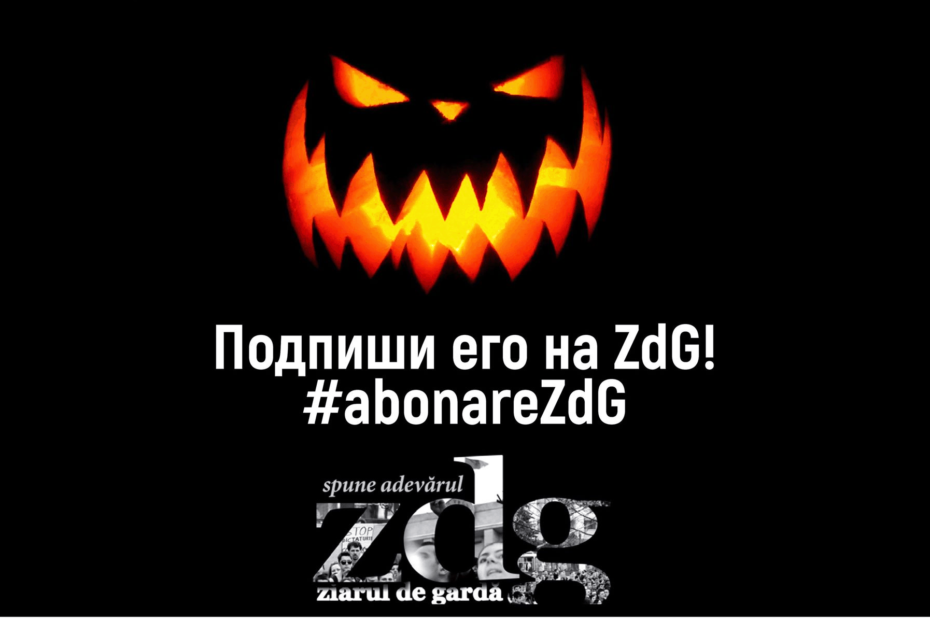 “For Black Friday, subscribe to Ziarul de Garda for the price of a cup of coffee!”

Halloween and Black Friday have passed, but the results of the marketing campaigns containing these messages for Ziarul de Garda (Newspaper on Guard), one of the most important investigative newspapers in Moldova, are still felt now. Ziarul de Garda grew its subscribers by 15%, to the highest in its history, and gained visibility through the strategy.

In Moldova, where more than 80% of the media and advertising market is concentrated in the hands of oligarchs, this kind of business creativity, supported by Internews’ MEDIA-M project, is a step to strengthening the resilience of independent media outlets.

Independent journalists and media outlets struggle in Moldova. In a country where media is used as weapons, as Reporters without Borders reported in 2018, outlets that don’t rely on politically-connected oligarchs turn to international support. The type of assistance they receive makes a difference. “Our number one rule is transparency. We want to be partners with and accept support from entities that have the same values. It’s not about dependency on grants,” says Alina Radu, director and co-founder of ZdG.

Internews’ MEDIA-M project launched in Moldova in 2017 with a focus on long-term, targeted grants and technical support to independent media outlets. Partner organizations are assessed every year by a consistent group of international experts to evaluate performance improvements in business, management, and media content, and identify additional organizational development needs for further support. ZdG, a well-known investigative newspaper in the country and abroad, is one of six MEDIA-M grantees that has achieved significant gains in the first year of the project.

ZdG decided to adopt a creative advertising approach to grow its audience on print and digital platforms. After hiring Ludmila Bogheanu as marketing manager last October, with support from MEDIA-M, ZdG developed their Halloween campaign.

“In a country where the media is controlled by politicians and oligarchs, to make an independent investigative newspaper is a big challenge,” said Bogheanu. “And it is extremely hard to attract advertisers for it. That is why we tried to come up with creative marketing campaigns.”

The Halloween campaign was a conclusive example that investment in business strategies was worthwhile.

“In February 2019 we have 143 more subscribers than in January; 143 more courageous, more informed families,” said Radu. “We want people who read ZdG to become promoters of integrity – corruption scarecrows! So, now with about 10,000 newspapers distributed weekly, we consider that we are informing and preparing 10,000 corruption scarecrows in print alone, and other tens of thousands daily on the web page and social media. One day we will have a critical mass of people trained to properly scare corruption out of Moldova.”

About 15 years ago, ZdG started with one 16-page, black-and-white newspaper in Romanian. Today, issues are 24 pages long, in color, with Romanian and Russian versions, a website, social media presence, a syndicated TV program, video blog, news updated every minute and most importantly, a team of investigative journalists awarded by national and international organizations. ZdG’s Victor Mosneag was named best investigative reporter in South East Europe, and along with Anatolie Eşanu, Mosneag was recognized by the Friedrich Naumann Foundation and Association of Independent Press from Moldova for top investigative reporting in 2018.

ZdG is now a member of the Association of Independent Press from Moldova, which is part of the World Association of Newspapers, and editorial staff representatives are members of national and international professional organizations, including the South East European Media Organization and Global Investigative Journalism Network.

“The “Media Enabling Democracy, Inclusion and Accountability in Moldova” (MEDIA-M) project is funded by USAID, UK aid and implemented by Internews. Additional funding was also awarded by Swedish Ministry of Foreign Affairs in 2017-2018.